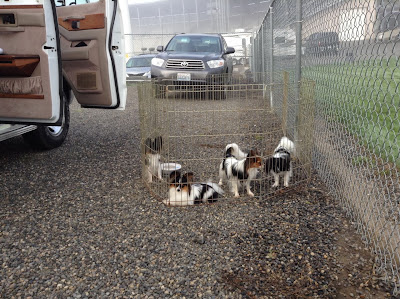 This is the gang I took with me, 3 out of 4 achieved their titles within 3 shows.
Left to right:
Oriel, Black Bart, Fraskati, Phalene Passo 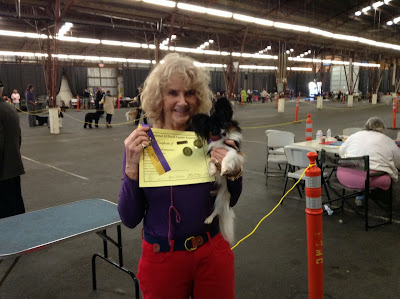 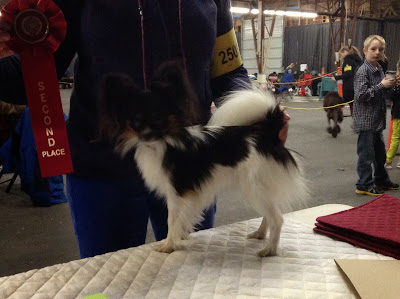 Our little Oriel clearly was the winner of all 4, as she just has the sparkling attitude.
She won twice Best Of Breed, and was second in puppy toy group. 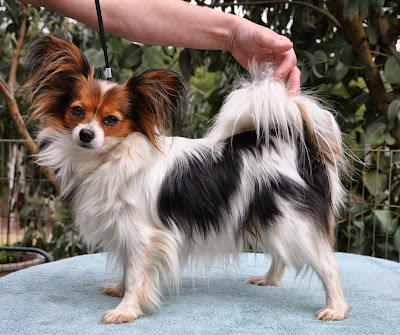 Fraskati, of which I did not have a chance to get a good show photo of her also received her NatCH title. 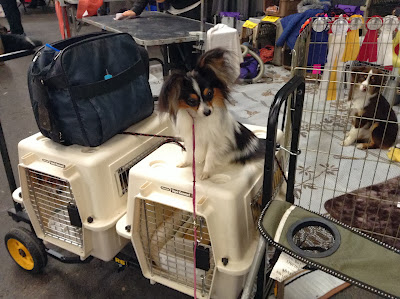 Barti (Pirate Black Bart) , although not carrying his tail all the way up, did very well otherwise, and convinced the judges by being just beautiful and well stacked to give all 3 of them his needed V1, to achieve his SR Championship (NatSR). He also won Best of Breed in one of the shows. 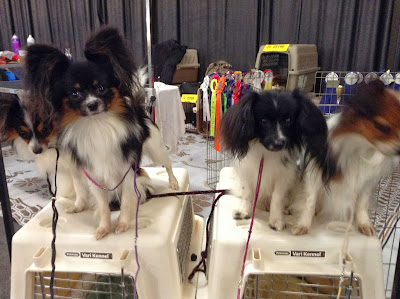 Phalene puppy Passo (center) did very well for his first time. He had somewhat a bad start, but came around very quickly.He received one SG-1-Puppy, and two SG-2, Puppy.
He will do good No doubt about it.
Posted by Road's End Papillons at October 21, 2013
Email ThisBlogThis!Share to TwitterShare to FacebookShare to Pinterest
Labels: Show News
Newer Post Older Post Home