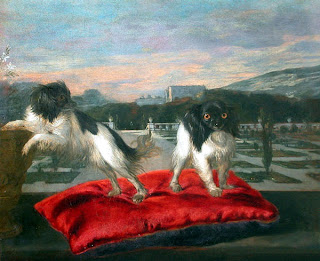 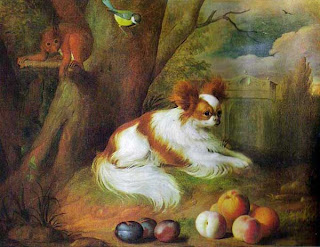 Excerpts from "Brief History of the Papillon" by Rachel D. Kemmerer(as it appears in the 1963 Papillon Handbook.)
The origin of the Continental Toy Spaniel, of which the Papillon is the modern representative, can be traced through the paintings of the Old Masters of every country in Western Europe as far back as the earliest years of the 16th Century. Beginning about 1500, Vecellio, called Titian,painted a number of tiny spaniels, rather similar to the hunting spaniels of the day.  In this century and the next, dogs – so like the Titian spaniel that it is safe to assume this was a pure breed – made their appearance in Spain,France and the Low Countries.The continued popularity of the little spaniel in court circles gave the breeder's ready market for their dogs.  Evidently they conducted an intensive breeding program for its refinement.  Over the years it developed finer bone, more abundant coat and profuse feathering. The most characteristic change,however, was in the shape of the head.  Titian’s spaniels had relatively flat heads with little stop ; a type of toy spaniel painted shortly after by Veroneseand others had high-domed, sometimes bulging heads.By the time of Louis XIV, French and Belgian breeders had perfected the type they sought. Mignard, the official court painter, in his portraits of the child Marie de Bourbon, the Dauphin and His Family, and several paintings of Henrietta d’Orleans, shows us a little spaniel that could scarcely be improved upon today.From Titian through Mignard and his contemporaries, all of the Contintenal ToySpaniels had drooping ears.  The ears were set high, although far enough apart to show the curve of the skull.  They were of medium size, hanging, as one writer has expressed it "lightly".  There may, however, have been an occasional dog with leathers of sufficient strength for the ears to stand erect.  Two 18th Century paintings suggest this.
at January 10, 2019

Puppies leaving Breeder's Home/ Mother/Litter at 8 weeks vs 12 weeks of age. Occasionally puppy buyers are questioning the leaving of ... 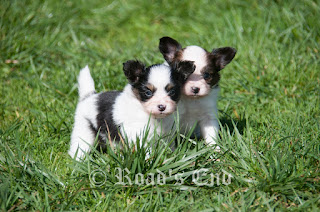 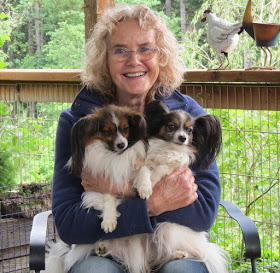 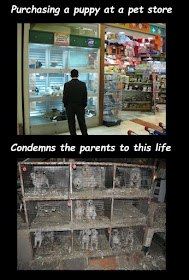